FIKI Sports was founded in 2000 by Richard Crasnick with the concept of creating an enhanced version of the game that had simply been known as tabletop, paper or triangle football. Tabletop football has been played for decades and Richard believed there was a retail market for his game. Richard called his game FIKI Football. FIKI is the acronym for Flick It & Kick It, the action of the game.

The idea was to create a triangle “football” featuring all of the characteristics of a real football including genuine leather, a pro-style pebble surface and laces yet still retain the size and design of the original game. A goalpost was added to eliminate the need for an opponent’s fingers fashioning the uprights.

Then, drawing on the passion of NFL and college football fans he designed versions of FIKI Football decorated with team logos.

Building on the nation’s appetite for sports, FIKI Football has grown into FIKI Sports with the creation of tabletop sports games for baseball, basketball, soccer, hockey and golf. The games are available at a wide variety of retailers throughout the country or shop right here on the FIKI SPORTS website. 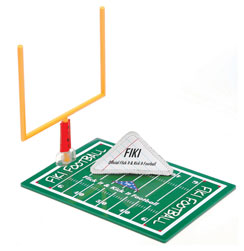 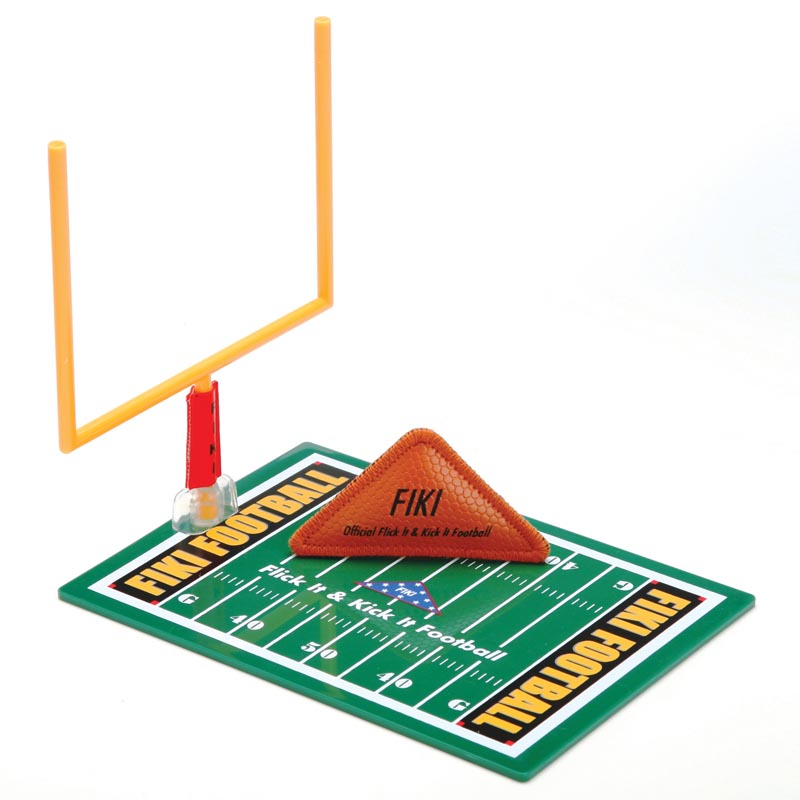